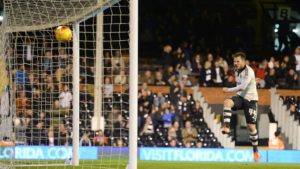 CSE Chatterbox has designed and installed a CALM (Chatterbox Alarm Location Monitoring) system for Fulham Football Club, London’s oldest professional football club, upgrading communications at the Club’s 25 750 all-seater stadium at Craven Cottage, southwest London, and its training grounds at nearby Motspur park to enhance the safety of players and the public.

As satisfied long-term users of Motorola analogue radios, supplied and managed by CSE Chatterbox, Fulham FC was already enjoying instant communication between stewards, safety teams and ticket centre managers and catering crews on match days. Motorola radios were also used during training operations at Motspur Park and to coordinate maintenance operations at both venues. However the highly built-up area was resulting in poor transmission quality and communication black spots between Craven Cottage and the outlying car parks more than a mile from the grounds. In addition, a high level of background noise during games was affecting reception quality. The Club also wanted to optimise the security of the public and its many VIP guests by eliminating the possibility of eavesdropping by amateur scanners. Fulham was also keen to leverage advances in GPS technology to maximise the safety of its car park attendants and staff operating alone or after dark through real-time location monitoring and tracking.

CSE Chatterbox’s expert knowledge of our business and Motorola’s digital two-way radio solution has made them the preferred partner for all our communication needs.

CSE Chatterbox’s technical team evaluated Fulham’s on-site communication needs at both sites and configured a solution that would meet the Club’s current requirements and enable it to add new features rapidly and inexpensively. Following a demonstration to show how digital could overcome the problems of analogue while providing customised, cost-effective, on-site communications, Fulham FC leased 167 Motorola units. Chatterbox programmed the radios to the specific needs of the Club’s different user groups and installed the nine-channel CALM system in a single day. Motorola’s intuitive functionality enabled employees to migrate seamlessly from the analogue radios and become confident users after only a few minutes training.

We chose CSE Chatterbox from a shortlist of three Motorola Authorised Dealers for their proven track record in meeting our needs with Motorola two-way radio solutions.

Fulham’s 15 Motorola hand portables, which were programmed by Chatterbox with a premium GPS tracking application, are used by security officers and car park managers on match days. If the emergency button is activated the radios geographical coordinates are flagged to the CALM control system. The radio’s movements can then be monitored in real-time to speed up emergency response times. On non-match days, the radios are used to protect maintenance crews working at Craven Cottage or Motspur Park.

The Club’s ticketing managers, turnstile operatives, press and catering crews use Motorola hand portable radios to liaise with colleagues and the control room managers who operate the system. Most users broadcast messages to all others on their own channel, while managers and team leaders can speak on a one-to-one basis to contacts on their caller lists and also have the facility to scan traffic on all nine channels.

Senior staff make use of integrated text messaging to liaise discreetly with colleagues without being overheard by other staff or members of the public. Pre-set text messaging functionality is used to send status messages, such as announcing the arrival of the Club chairman or other VIPs before the start of the match.

In addition to the league an Cup games, Craven Cottage hosts around 100 non-match day hospitality events such as weddings, corporate conferences and Christmas parties every year in its executive suites, lounges and bars. The radios allow staff in all functions to coordinate their activities and deliver excellent service to customers. Radios also play a key role during training at Motspur Park where coaches and support staff used them to ensure the smooth running of practice sessions and help ensure the safety of players.

The ease of use of the Motorola digital radios, combined with Chatterbox’s expertise and support, greatly eased the migration from analogue to digital and allowed Fulham to switch users to the new radios immediately. Leasing the system on long-term rental gives the Club an end-to-end managed solution at a budgetable all-in monthly cost. Additional units, pre programmed to user specifications, can be acquired within 24 hours, and in the unlikely event of a radio developing a fault it can be replaced by CSE Chatterbox the same day.

CSE Chatterbox has built us a world-class communications solution that is in keeping with our values as a modern innovative club with stringent health and safety compliance and unrivalled customer service.

Thank you to Fulham Football Club for helping compile this case study.